by Attorney at Law Magazine

In May 2014 we were honored to be named Law Firm Of The Month by Attorney at Law Magazine.  The article in its entirety can be found below.

Bringing Focus To The Heart Of Las Vegas

By Katherine Bishop, written for Attorney at Law Magazine 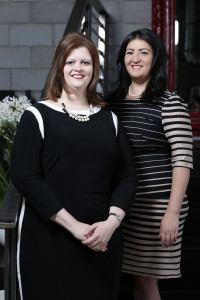 In 2012, Nedda Ghandi, a graduate of the University of Nevada, Las Vegas William S. Boyd School of Law, established a boutique law firm in the heart of downtown Las Vegas. In doing so, she started a firm that focuses on delivering excellent legal services to clients. Ghandi limits her practice to a few distinct areas of law to ensure that her level of service is maintained.

Ghandi and her partner, Laura Deeter, understand that having an exceptional grasp on their areas of legal practice is essential to representing their clients. “I think it’s important to do one or two things very well, rather than doing a little bit of everything just OK,” said Ghandi. Ghandi Deeter Blackham Law focuses exclusively in the legal areas of bankruptcy, family law, business formations, probate, guardianship and estate planning.

Understanding that these practice areas necessarily involve difficult personal and financial issues for their clients, the two partners believe it is crucial for clients to feel comfortable with their attorneys. “It’s emotional for clients. Whether they are dealing with a death in the family, a divorce or the process of losing their home, we try to make the process easier,” said Deeter.

“We strive to give every case the attention it deserves. I think we have compassion and understanding for our clients,” Deeter said. “It’s a matter of making sure the client is on board with the course of action and moving in the direction that is going to be best for them.”

In addition to the personal touch, Ghandi Deeter Blackham Law Offices also offers its clients expertise in financial issues. In most of the cases handled by the firm, the financial aspect is overwhelmingly significant, and is something that other attorneys may overlook.

Ghandi’s background in accounting and tax law has benefited the firm’s extensive bankruptcy practice. “We focus a lot on business bankruptcies, whether they’re individuals with businesses that want to restructure their debt or whether they’re larger corporations with debt that needs to be restructured,” said Ghandi. Ghandi previously worked as an accountant at KPMG, one of the country’s largest tax, audit and advisory firms.

The firm’s financial expertise benefits its clients in other practice areas as well. “We really do have a distinct skill set when we deal with more complex family law cases because we know how to take apart a business or deal with the financials of a divorce,” Ghandi said. In fact, all of the areas of law that Ghandi Deeter Blackham practices deal largely with financial issues. “One of the largest aspects of a guardianship is dealing with the financials of the person who is now incapacitated,” Deeter said. “They have limited resources, such as Social Security, a retirement, pension or a trust. That money has to last in order for them to live for the rest of their natural life.” In probate and trust litigation the same is said for the division of assets and the payment of debts.

In just two years, the firm has grown from just Ghandi and her assistant in a rented office, into a flourishing boutique firm with a full-time staff to with its own office building. Laura Deeter, also a graduate of the University of Nevada, Las Vegas William S. Boyd School of Law, joined the firm in 2013. She brought her extensive experience with guardianship and probate cases to form Ghandi Deeter Blackham Law Offices.

Ghandi and Deeter were a natural fit at a partnership as they had worked together previously for roughly five years at the firm of Goldsmith & Guymon, P.C. Deeter moved on to practice at Kunin & Carman while Ghandi stayed behind and shortly thereafter went to hang her own shingle. It took over a year, but Ghandi eventually lured Deeter into taking the jump by joining her. The duo have a dynamic working relationship that has been proven effective dating back to 2007.

The firm’s focus on tailored service has proven successful. Despite being a relatively young law firm, Ghandi Deeter Blackham Law Offices can boast of a few impressive cases under its belt. “The Liberace Foundation, a nonprofit organization, underwent a Chapter 11,” Ghandi said. “They found themselves in a tough situation with their creditors and we successfully took that case and we reorganized their debt. We were able to confirm a plan and negotiate settlements with creditors.”

The partners believe in using their legal expertise to help their community through volunteer work, and their commitment has not gone unnoticed. In 2013, Deeter was the recipient of the Louis Weiner Pro Bono Service Award, one of the annual honors bestowed by the Legal Aid Center of Southern Nevada.

Serving their community, both in and out of court, is important to the attorneys. Deeter has also volunteered for several years at a truancy court in Las Vegas, which helps students stay in school and graduate. Ghandi is serving in her second two-year term on the executive board of the Clark County Bar Association.

Additionally, both Ghandi and Deeter have been members of the 100 Hour Club for the Legal Aid Center of Southern Nevada for several years, due to their pro bono work. “It’s important to give back to the community, and we, as lawyers, have a specialized skill set that not everyone has” Deeter said. “It’s important to offer legal services to everyone.”

In the next few months the duo will be settled into their new office and Ghandi is already busy planning their open house party for the new space. “In 2012, I threw a party as a grand opening, I figured it was a one-time deal,” Ghandi said. Then in 2013 Deeter joined the firm and another party was thrown. 2014 will bring a party for and at the building. With things moving along as smoothly as they have been there is no doubt that the duo will have another cause to celebrate in 2015.

By Nedda Ghandi | Posted on May 12, 2014
« Why You Shouldn’t File for Bankruptcy Pro Se
8 Big Misconceptions About Alimony and Child Support »