Did You Know: Divorce in Las Vegas 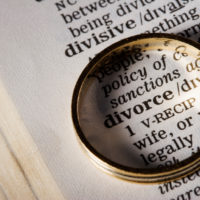 Many people come to Las Vegas for a quick wedding and fun, but Nevada’s divorce rate is higher than the national average. Approximately 13.9 percent of Nevadans that are over the age of 15 have been divorced. This means that the marriage capital of the world has the most number of divorces, in comparison to the other 49 states in America.

You can file a complaint in Las Vegas at any time, for any reason, which is one of the factors as to why so many divorces take place in this state each year. In Nevada, fault is irrelevant. The grounds to file in this state are:

You have the right to file for an annulment based on:

You cannot file a complaint in this state if you have what is considered a “common law” marriage. Under the laws of the state, cohabitation and commingling of two people, and their assets, does not equal a marriage contract. Since this state is a no fault jurisdiction, you are free to resume dating at any time during the proceedings; however, you are not permitted to remarry until your final decree has been filed with the district clerk of courts.

If you have just moved to Nevada and are thinking about filing for a divorce, you must meet Nevada’s Durational Residency Requirement. Under this law, you must be a permanent resident within the borders of the state for at least a six-week period before you are able to file a complaint.

Your residency can be established once an affidavit is signed by a neutral third-party. The third-party will need to affirm that they have seen you on a weekly basis during the six week period.

If you are in the military, or an out-of-state resident, you can file a complaint in Las Vegas as long as your spouse (proposed defendant) lives within the jurisdiction of Nevada.

Court Can Be Avoided?

If you and your spouse agree on a final (and complete) disposition that includes any children, property, and other valuables, you two can have your divorce attorney file a joint petition. After the petition has been filed, the court can enter a decree without needing either party to make a court appearance. However, if you and your spouse cannot agree on the terms of your divorce, a hearing will be necessary. To ensure that you receive the best possible outcome, you should hire a Las Vegas divorce attorney to handle your case.

Although Nevadans have the right to file a complaint without an attorney, you should proceed with caution. Divorce laws in the state can be extremely difficult to understand, and missing a deadline or filing the wrong paperwork could be costly to your case. Therefore, you should always consult with a licensed divorce attorney in Las Vegas, such as the professionals at our firm. We are knowledgeable in the rules and standards, and licensed to handle your complaint. Our experienced attorneys know how to persuasively argue on your behalf, assuring that no mistakes are made that could have a negative effect on your case.

Contact Ghandi Deeter Blackham Law Offices today by calling (702) 825-7748 to get the process started, and get one step closer to the beginning of your new life!

By Nedda Ghandi | Posted on May 31, 2016
« The Reality Of Divorce In The United States
What Happens Here Often Ends Here: Famous Vegas Divorces »