Close Menu
Las Vegas Divorce Attorney > Blog > Family Law > Will a Court Ever Give Custody to a Relative Over a Parent?

Will a Court Ever Give Custody to a Relative Over a Parent? 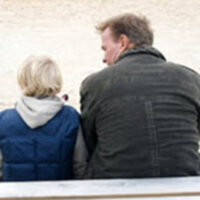 Child custody issues are one of the most complex and challenging aspects of a divorce. Parents typically fight hard to obtain as much custody as possible with their children. However, there are some cases where parents find themselves in the position of having their child taken from them. There are many reasons a child can be taken from a parent during or after a divorce. Understanding your legal rights, and having a strong family law attorney by your side, can ensure that your rights are protected.

Going through a divorce is difficult enough, however, you may find that at some point in the process, the court could determine to give a relative custody of your child, either during the divorce process or permanently. When a child is taken from a parent they may be placed in a shelter, foster home, or with a relative. Courts oftentimes prefer placing the child with a relative as this at least gives the child a sense of familiarity and comfort. The decision to place a child in the custody of a relative can be due to several factors such as drug use, abandonment, or illegal activity by the parent. Either the court itself or through a guardian ad litem’s recommendation, will remove the child from the custody of the parent and place them with a relative. However, many parents worry that because a relative may seem more emotionally or financially stable, the court will make the decision to keep their child with the relative rather than choose reunification with a parent.

The determination to remove a child from the custody of both parents is a serious one, and state agencies are required to locate family members that meet specific qualifications and criteria in order to determine their eligibility as a caregiver for a child. Background checks, home studies, and interviews are all conducted in order to ensure that the relative’s environment provides a safe area for the child, and is in their best interest.

One of the more serious drawbacks of having a relative become a caregiver and have custody of a child is that courts are often reticent to return the child back to the parent or parents in the future. Because the child is still in connection with their parent or parents, the court may feel that the relative provides stability and leave the custody arrangements the same instead of revisiting the possibility of reunification or a change of custody back to the parent.

Let Us Help You Today

If you are facing the situation of going through not only a divorce but also the potential of losing custody of your child to a relative, you should contact an experienced family law attorney immediately to help you with your rights. Only a parent knows the horror of having a child taken away from them, and getting them back is certainly your primary goal. Contact the Las Vegas family attorneys at Ghandi Deeter Blackham Law Offices. We can answer your divorce and child custody questions. Visit with one of our attorneys at 410-535-5500 today for your free consultation.

By Nedda Ghandi | Posted on February 5, 2020
« Which To File First – Bankruptcy or Divorce?
Answers to Your Child Support Questions »