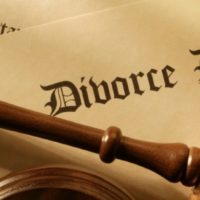 Las Vegas divorces had once garnered as much popularity as Las Vegas weddings. Recent Las Vegas Divorce Law amendments, however, have made the superquick divorce obsolete. Other laws regarding divorce have not had any such major changes.

It is not necessary to prove the fault of one or both parties when they decide to divorce under Las Vegas divorce laws. Under NRS 125.010, the acceptable grounds for divorce in Nevada include but are not limited to incompatibility, insanity and separation for one year. Evidence to corroborate a claim of insanity of the spouse must be submitted through a medical practitioner. Other factors which may be grounds for divorce include bigamy, fraud, irreconcilable differences, force and duress.

When filing for divorce under the Las Vegas divorce law, a number of documents will be required based on the particular situation. A divorce kit usually contains the various forms that need to be filled out along with a detailed procedure. A divorce kit is usually used by people who opt to file for divorce without an attorney. This however is inadvisable. It’s preferable to hire an experienced Las Vegas divorce lawyer who can guide you through these sensitive times with a level head. The documents that are required to be submitted to the Clark County Court include the Resident Witness Affidavit, Civil Cover Sheet, Complaint for Divorce and Decree of Divorce Marital Settlement Agreement, Family Court Cover Sheet and Certificate of Mailing.

A couple may make a mutual decision to part. In this case, they can file a ‘Joint Petition’ for divorce. In this case, a signed agreement regarding the division of property, child custody and access will need to be submitted by both individuals. The court will then review the documents and grant the divorce. When only one spouse applies for divorce, they will be referred to as the ‘plaintiff’ while the other spouse will be the ‘defendant’.

Based on the current financial situation, custodial issues, marriage duration, earning capacity and contribution as homemaker, the court may grant either spouse alimony under the Las Vegas divorce law clause NRS 125.150. This may either be in the form of a total sum payment, or may be divided over the course of time as periodic payments.

In case there is no pre-existing agreement on property division, the court may choose to divide the assets equally among the spouses unless deemed suitable otherwise. Under Las Vegas divorce laws, there has to be a compelling and concrete reason for the unequal division of assets. This reason will have to be presented in writing for it to be acceptable.