Family Law in Las Vegas – What You Need to Know 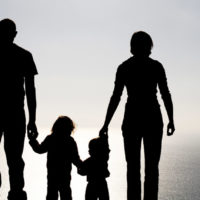 What Is Family Law About?

If you want to understand in simple terms about family laws, it can be simply stated that it is the part of the law dealing with matters of disputes and issues related to families, blood relations and the like.

The problems associated with families and these cases generally revolve around divorce, child custody, child support, distribution of properties and similar issues. Family courts are made to resolve these perpetually nerve-wracking issues which revolve around families and relatives.

Understand one concept, that family law is governed by the state. Different states have variations of these laws, and they are handled in family law court.

What Does Family Law Cover?

Family law covers issues like living with each other, divorce, child support, marriage issues, alimony disputes and the like. Violence which happens inside a house in a family may be covered in this section of the law as well.

Also, details of who has the child’s custody after the divorce, the visiting duration and such sensitive questions are also addressed in a coherent and chronological manner.

The term custody usually enables people to focus on child custody, when parents are splitting up. ‘Legal custody’ generally refers to decision making authority in three areas: educational, medical and religious instances. Typically, both parents will be given joint ‘legal custody’ over a child.

‘Physical custody’ generally refers to the instance when a parent is designated primary responsibility of the child.  In such instances, the parent who doesn’t have the primary physical custody is usually designated with the monetary burden to bear the child’s education and other viable and useful expenses.

Las Vegas implements the “no fault” policy in the instance of divorce. No fault means that in the instance of a divorce, the court does not blame either side. It also means you don’t need specific grounds for a divorce, and may call off the marriage simply because neither party wants to stay with the other.

Las Vegas is also a state that does not support common law marriages. Thus, no matter how long a couple has lived together or have children, the courts will not acknowledge their wedding until proof is provided.

Attorneys in Las Vegas, who are experienced and veterans in their chosen field, know the nooks and crannies of family in a sticky situation such as divorce. An experienced attorney can help you negotiate to try to find common ground with your spouse, and will be able to protect your interests if your spouse is unwilling to cooperate.

Ghandi Deeter Blackham Law Offices has experienced Las Vegas family attorneys who can guide you through this difficult time. Contact us now by filing out the form to the right or calling us at 702-878-1115.