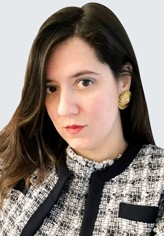 Meghan Shigemitsu is passionate about fighting for families and business owners through the challenging times of divorce, child custody and bankruptcy. She has been practicing law for ten years and she is currently licensed in Nevada and California.  After studying Economics and Spanish at Wells College, she attended Loyola Law School in Los Angeles, where she holds a Juris Doctorate and a L.LM. in Taxation.

During law school, Meghan was the Managing Editor of the International Law Review Journal.  She was also selected for the prestigious Poehls DIstrict Attorney Clinic, a trial advocacy program that takes just fourteen students a year, during which she clerked with the Los Angeles District Attorney’s Office and conducted over 40 preliminary hearings as a Certified Law Clerk.

Ms. Shigemitsu has always believed in giving back, which started as a student. She chaired the annual auction for the Public Interest Law Foundation and volunteered with a clinic to help taxpayers with tax controversy, where she argued before the Franchise Tax Board. Now, she gives back by representing pro bono clients in Clark County and volunteering with her church.

Ms. Shigemitsu has spent her entire career in the courtroom. For years she litigated in four counties in Southern California, where she appeared in court almost daily. She has presented oral argument before the California Court of Appeals and submitted appellate briefs in both California and Nevada. For the past three years, she has frequently appeared in district court and federal bankruptcy court in Nevada.  When she is not in the courtroom, she enjoys spending time with her family, going to the theater and traveling. She has been to 38 countries so far!

As a zealous advocate in the courtroom and a mother, she knows how to fight in the courtroom and also counsel clients through life’s greatest challenges in divorce and bankruptcy.  Her background in economics and tax gives her a strategic advantage in high asset divorces and representing businesses in bankruptcy. She is passionate about getting the best results for her clients and she looks forward to advocating for you.